One of our next conversations needs to be about protection of the phytoplankton. Though meek, microscopic algae, phytoplankton produce more oxygen than all rainforests and redwoods combined—more than half the world’s oxygen to be more precise.1 And they’re suffocating in plastic at sea.2

Large-scale plastic production is a relatively new practice. It only began in the 1950’s when entrepreneur Michael Phelan needed an alternative to elephant tusk ivory to manufacture billiard balls at scale.3 Which is to say that if we desired to stop toxifying the environment, pummeling beaches with plastic litter, and wrapping whales, seals, turtles, dolphins, sea lions in plastic fishing nets, we could. Innovation follows incentive, we know this. Strange but true, the business opportunity of Bakelite billiard balls has proven a far stronger incentive than the basic need to continue breathing oxygen.

If only we could invent cost-effective biodegradable materials that can serve similar functions particularly for popular, simple things like carrying groceries and storing or shipping food. This is relevant because 8 million tons of plastic leak into our oceans every year, killing the phytoplankton that keep the many species of this planet – including ours - breathing. And plastic production is not slowing. It’s doubling every 11 years or so. Between 2015 and 2026, we will make as much plastic as has been made since production began.4

Many people think plastic is recyclable, but in actual fact very little of it is. In 2018, 90.5 was named the Statistic of the Year by the Royal Statistical Society of Britain—90.5, of course, is the percentage of plastic that has never been recycled.5 For much of its 400 year lifespan, the vast majority of plastic will pile in landfills, seabird bellies, river edges and ocean depths.

One report estimates there are already 5 trillion plastic pieces in the ocean—12.5x the number of stars in the Milky Way.6 At least half of all sea turtles have ingested plastic, often mistaking a floating bag for a jellyfish. Nearly 100 percent of all seabirds have consumed plastic, and as a result, more than 65 percent of seabirds have died since 1950.7 Even the seafloor is struggling to cope—89 percent of reefs containing plastic show signs of disease.8 One must wonder at our uncaring.

Decreasing plastic production won’t entirely solve the problem(s) though. We also need to find creative ways of dealing with the trash already in circulation—and the Kenyan artisans of Ocean Sole have been grinding away at this task since 2006.

"We are receivers of pretty much the rest of the emerging world's marine pollution," says Erin Smith, CEO of Ocean Sole. She estimates that flip flops—yes, the footwear—make up about 90 tons of the marine debris on Kenya’s beaches each year. For roughly 3 billion people living in hot climates and emerging economies, flip flops are the cost-conscious choice. But they’re toxic for the world’s oceans and ocean-dependent ecosystems (which is the whole marble, as we’ve already established).

After being orphaned and abandoned, flip flops float down rivers and out to sea. They swirl in gyres or are carried by currents to the shores of (predominately) the developing world where cleanup crews, like the Watamu Blue Team, collect them.

With its powder white sand and diversity of sea creatures, Watamu (which means “home of the sweet people” in Swahili) is recognized as one of the ten most beautiful beaches in the world. The marine protected areas are also a part of the UNESCO Biosphere Reserve, indicating its importance to the global ecosystem.

By identifying global markets for the washed-up recyclables, the Watamu Marine Association has been able to hire more people to comb more beaches. Today, there are Blue Teams operating up and down the Kenyan coast, collecting tons of debris and earning livable wages doing so. Steve Trott, a long-time marine biologist and conservationist, has been managing the Watamu Marine Association for 13 years.

Once collected, the debris is sorted by type: glass bottles, plastic bags, aluminum cans, flip flops. Other materials are ground down and exported (mostly to China), but the flip flops are packed into sacks and sold to Ocean Sole in 2,000 kilo units. In Nairobi these sacks are stacked with others containing flops collected from Kenya’s internal waterways. What does Ocean Sole do with thousands of kilos of worn and washed-up flops?

Its 90-100 employees wash, block, cut, sculpt, and sell them as statement art. Eric Mwandola is on the Rhino Team and has been working as an artisan for nearly a decade. “I can now afford to send my two children to secondary school and feed and clothe them well. I have set up a small farm upcountry with two cows and I sell the milk to my neighbors to make extra money. It is an investment for my children.”

But it’s not just economic opportunity for the artisans. What started out as a more lucrative and sustainable alternative to woodcarving has evolved into passionate and artful activism as well.

What We Make Of It

After visiting Nairobi National Park, Eric and the other artisans determined to leverage their art for raising awareness about the need for wildlife protection. The Black Rhino, they learned, was hunted to near extinction between 1960 and 1995 – its population decreasing 98%, according to WWF.9

“With tears in their eyes, they asked so many questions about how this could happen,” says spokesperson Katie Carnelley. Now, Eric’s rhino sculptures play a key role in Ocean Sole’s expanded mission to protect critically endangered species.

The work of Ocean Sole artisans.

To support this shift, Ocean Sole swiftly diversified its retail strategy to produce more life-sized sculptures of endangered species: rhino, polar bear, gorilla, jaguar, pangolin, and panda. Yes, life-size. The series is called Sole Mates and is intended for large-scale installations at places with lots of foot traffic like zoos and airports.

“Each piece of art contributes towards the collection of 1.5 tons of flip flops a week and 1 ton of styrofoam a month, stopping them from entering our oceans and landfills,” says Erin. Ocean Sole is aiming to have sculpted replicas of all 200 critically endangered species by 2025.

Animal forms require precision, but even the scraps of these projects are upcycled into valuable goods like sleeping pads and yoga blocks. And Sole Mates is just one type of product. Ocean Sole also creates custom and corporate pieces for global customers.

Custom work begins with a simple photo enlarged on a projector screen, which the artisans reference as they visualize the concept. “We marvel at watching them see a few pictures, then go to the raw materials and start right away. In a matter of hours you start to see the art come alive using just rudimentary knives and sandpaper. It is a sight to be seen.”

A tour of the Ocean Sole factory.

Besides its essential work to upcycle marine debris in economically viable ways, Ocean Sole also sets a high bar in terms of how it cares for employees and their families. Throughout Covid, for example, the company provided regular meals, healthcare (including glasses!), school fees, and help with hospital bills when needed. Further, Ocean Sole managers and directors took a 40 percent pay cut during the pandemic to ensure the artisans and programs were protected.

While the phytoplankton and other essential marine life are struggling to survive humanity’s cavalier abuse, it’s important to take stock of those who have created regenerative and virtuous cycles of mutual benefit. Ocean Sole and Watamu Marine Association and others like them are clear exemplars deserving of our support, though we as consumers and co-habitants of this glorious marble Earth can also make better, more intentioned choices about how we contribute.

Moving away from plastic straws and grocery bags is one easy move. Investing in reusable products as much as possible is another. Think washable sandwich and snack bags, and more sustainable footwear. Many alternatives to toxic flops exist, but demand needs to increase exponentially (astronomically) in order for them to become a cost-effective and attractive option in developing markets.

Further, for the flops you’ve already got and are looking to recycle, check out TerraCycle’s recycle box. And for other goods that you’ve been holding onto because you don’t know what to do with them,

Earth 911 is a great tool to help avoid stuffing more stuff into landfills.

Stewarding the planet and protecting natural resources is precious common ground for everyone eager to keep breathing. There is not a species untouched by this cause and there are no species threatening that basic function more disastrously than humans. We need to talk about the phytoplankton, and flip flops are a practical and globally relevant starting point. Let’s do better.

Few and far between are the ties that bind all of us - all however many billion of us there are - together. But it is hard to imagine a connection deeper or wider than the Earth itself. This story is about how one intensely localized organization, Ocean Sole, is asking us to see the bigger picture. Their work is clearly defined and laser focused: they make art from recycled flip flops, washed up on the shores of Kenya. But by doing something so mission-clear and specific, they remind us to take widest point of view.

The conditions of the pandemic may be starting to soften around the globe, but writing this story has still be a herculean exercise in international journalism without travel. Kate Schmidgall deserves rhapsodic applause for her diligent research and writing. Thanks to Bobby Neptune for the photos which we used here and Dave Baker for the videography. Thank you to Katie Carnelley for your cooperation and support in writing this piece. Thanks most of all to Ocean Sole itself, for the work you do and the change you make. It has been an honor to tell your story again. 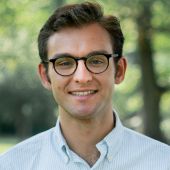 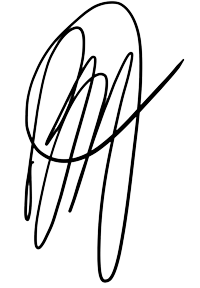 When Writing Calls Forth More Than Words On Giving Beyond The Gift